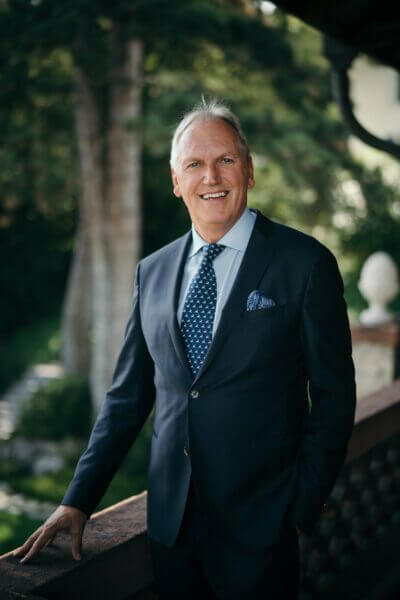 Dr. Thomas Borer was born on 29th July 1957 in Basel. He studied at the Faculty of Law at the University of Basel and was awarded a doctorate “summa cum laude” in 1985, writing his thesis on the principle of mandatory prosecution of offenses and foreign affairs. Subsequently he gained work experience in the private sector, among other things as a legal advisor and in investment consulting with Credit Suisse. In 1987 he joined the Federal Department of Foreign Affairs (FDFA) as a diplomat. Following assignments in Bern (Directorate of International Law, 1987, 1989-93), Lagos (1987/88) and Geneva (1988/89), he was transferred to the embassy in Washington as Head of Political and Legal Affairs in 1993.

In 1994, he was elected Deputy Secretary General of the FDFA by the Swiss Federal Council. In this capacity as Head of Resources at the headquarters he was responsible for managing the departments of HR, Telematics, Logistics, Finance and Administrative Law, as well as for reorganising the FDFA and the Swiss representation network abroad.

In 1996, he was appointed Head of the “Switzerland – Second World War” Task Force by the Swiss Federal Council, which dealt with the role of Switzerland as a financial centre during the time of the Nazi regime. In honour of this occasion, Dr. Thomas Borer was awarded the title of Ambassador. Following the dissolution of the Task Force, Dr. Borer was appointed Swiss Ambassador in the Federal Republic of Germany in 1999.

At the end of April 2002 he left civil service and founded his own company, which he has successfully led since. He works as a consultant internationally, focusing on Germany, Switzerland and the USA. Based on his longstanding experience in diplomacy, his network is strongly rooted in international policy and business. He represents his national and international clients in economic, media and public policy related matters. Dr. Borer also serves on the board of directors of several national and international companies.

Resume Back to Home
We use cookies to enable website functionality, understand the performance of our site, provide social media features, and serve more relevant content to you. We may also place cookies on our and our partners’ behalf to help us deliver more targeted ads and assess the performance of these campaigns.
AcceptReject Read More
Privacy & Cookies Policy

This website uses cookies to improve your experience while you navigate through the website. Out of these, the cookies that are categorized as necessary are stored on your browser as they are essential for the working of basic functionalities of the website. We also use third-party cookies that help us analyze and understand how you use this website. These cookies will be stored in your browser only with your consent. You also have the option to opt-out of these cookies. But opting out of some of these cookies may affect your browsing experience.
Necessary Always Enabled

Any cookies that may not be particularly necessary for the website to function and is used specifically to collect user personal data via analytics, ads, other embedded contents are termed as non-necessary cookies. It is mandatory to procure user consent prior to running these cookies on your website.